One day some time ago I was cutting through a small park in Falmouth and happened upon a scene of artists painting together, the model sitting in a small structure at the edge of a garden.

I asked if I could take photographs and was allowed.

When I had finished someone asked if he could see them some of them. It turns out they were from the Falmouth Artist's Guild and I said I will bring some by.

But I decided to do something different.

I applied a graphics program's "Sponge" filter to slightly modify the image — not too unlike a painting — and I printed it on 8 x 10 photo paper and covered it in gloss and mounted it as a painting, and I dropped it of at the Guild the next day (the man who had given me his name was not there so I never got any feedback from them).

This was the first "Photo Painting" I did. 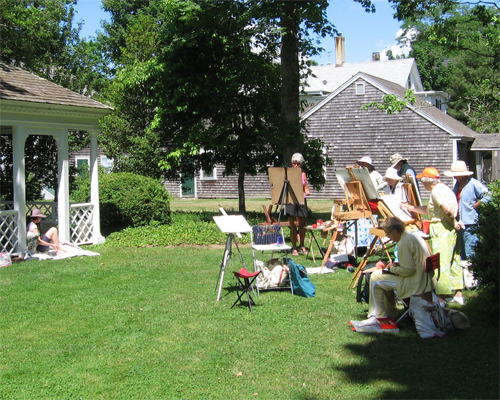 This is the original image. 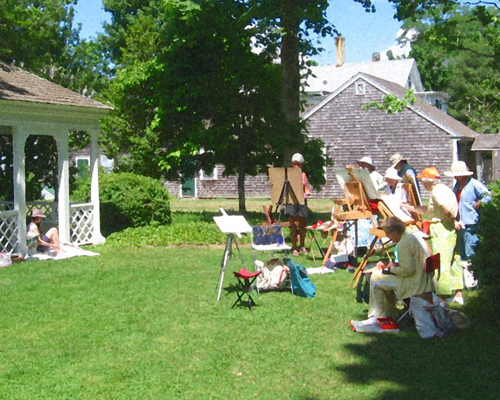 This is after the "sponge" filter. It is a subtle change, more apparent in the large images. 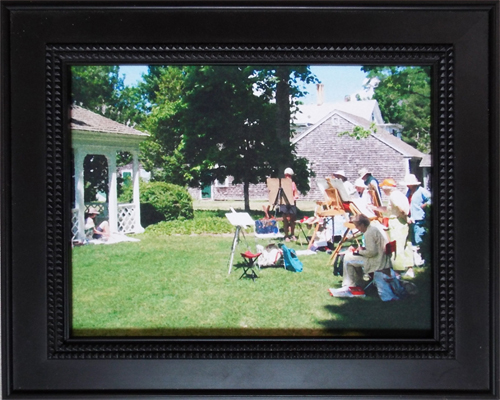 And this is the image framed. This is a photograph of the print and does not do it justice. 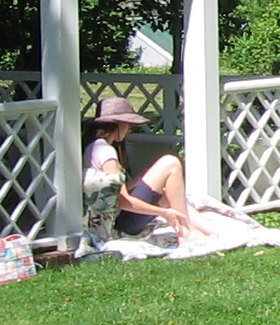 The model enlarged in the original. 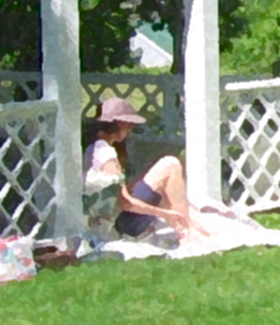 The model enlarged in the print. 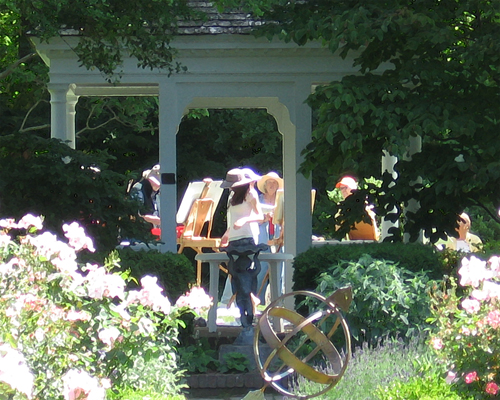 This image is of the same group with the model standing inside the structure before the garden. For this one I used the "Dry Brush" filter (the "Sponge" filter had less of a positive effect on the structure). I have yet to print and frame it.

no image may be reproduced without permission